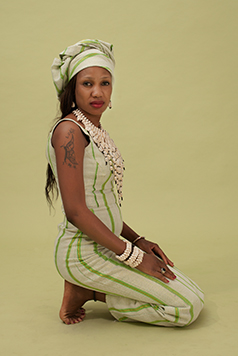 Les Amazones d’Afrique are back with new single “Amazones Power” 3rd May 2019 Real World Records. The all-female collective of West African musicians made a huge impact with their 2017 debut
album, “République Amazone”. Singing out against gender inequality, Les Amazones d’Afrique believe that music has the potential to be a weapon against the systematic disempowerment of
women across Africa and beyond. Les Amazones in 2019 features some new faces, but the message remains loud and clear: Violence against women must stop. Women must be able to realise their potential and not be
held back by the dominant patriarchy. “Amazones Power” tackles these issues head on. “Never again, silence, violence. I want to live and to be free.” Three generations of women sing out in unison, calling for a future without the threat of female
genital mutilation (FGM), sexual violence, lack of education and forced marriage. Women should be able to express their anger. Things must change. Les Amazones d’Afrique recognise the need for women to support and respect their fellow
women. The majority of FGM is carried out by women to young girls – not because they wish to inflict cruelty upon the younger generation, but because they feel duty bound to uphold the
cultural traditions. Girls and women who avoid “the cut” – choosing instead to pursue education– will face immense pressure from fellow women, and will be seen as a bad example; a woman
who has shown disrespect for her family and commun